Many of these groups now stand opposed to the pipeline. Here’s a sampling of what they’ve written in letters to the Ohio Power Siting Board:

Neyer is leading the redevelopment of the former Blue Ash Airport into Summit Park, a project that covers 108 acres. President and CEO Molly North writes:

“Each of the proposed routes will have a devastating impact on existing properties and future development in areas adjacent to this transmission line … We certainly understand the need for Duke Energy to be able to safely transmit natural gas to the region. However, placing a large, high pressure natural gas main in such close proximity to highly populated areas including existing homes, businesses and schools and the potential negative economic impact on future development to the region, must be reconsidered under the best interests for the well-being and safety of those communities and the people that Duke Energy serves.”

“We have conducted a thorough review of the plans and believe that these proposed routes could cause significant ecological damage to university property and, more importantly, would create a potential safety hazard for everyone on or near the UC Blue Ash campus. There would be the risk of a gas leak or explosion that could impact the 5,000 students who attend the college and the 500-plus students at Blue Ash Elementary, as well as faculty, staff, and local residents … Along with the safety risks already noted, there could be extensive ecological damage to the university woodlot and riparian corridors that could take decades to repair.”

“The exhibits that I’ve viewed and the information that I’ve poured through have led me to the opinion that our commercial properties would be adversely affected from both a safety as well as economic standpoint. The work that would take place on the various properties that our company owns and manages would be detrimental to the property and potentially cause irreparable damage economically to the property. In addition, we have great concerns for the short and long term safety of the tenants as well as the assets.”

Along the Green Route, the pipeline would harm several major redevelopment efforts, as documented by the City of Reading:

“[T]he route going south on Third Street … is an Ohio Department of Development ‘Jobs Ready Site’ location in which over two million dollars of State funds and one million of local match has been invested in this area for development to bring high paying life science industry jobs. The Pipeline would make redeveloping this location impossible. Many millions of dollars of capital investments and millions of dollars of wages would be lost, most likely to another state on the east coast.”

More from the City of Reading:

“This is not something Duke would be aware of, but there is land privately owned by one of our ten largest employers who is discussing with the City building a brand new manufacturing building on the land that the Green Route goes directly through. This building would bring tens of thousands of new revenue to the City, County, and State … As you head south from this location, the pipeline goes through the former Dow Chemical Plant (2000 West Street) which is under new ownership. The new owners are in the midst of redeveloping this site to bring new development. The pipeline would hinder the owner’s ability to make this a great redevelopment site which would harm not only the City of Reading, but the State.”

“Based on the information we have gathered, installing the pipeline along this route would result in placing our members and community at constant unnecessary risk above that which we already feel on a daily basis from those that wish to do harm to the Jewish Community.

“Finally, since our facility is among other educational, religious institutions and homes along the suggested route, we urge that none of the current proposals be chosen. Please find a safer alternative in more sparsely populated areas to protect lives, homes and schools.”

“As a resident of Sycamore Community Schools myself, and a parent who has a student at Sycamore High School, I fully understand the need to provide the region with an ample supply of natural gas. However, placing a natural gas line in such close proximity to any one, if not several of our schools, poses a daily safety concern for my students.”

“The pink route proposed for the pipeline would run right in front of our building (and pass by several other synagogues). We cannot risk having our members and visitors exposed to explosions, environmental dangers, and the particular and significant risk that a Jewish institution abutting a gas pipeline would present. Finally, our community is safety conscious as we understand that this facility might be a target for terror. I would hope that the Siting Board would understand the significant risk to the Jewish community (and the many other visitors to our campus) that the pipeline would pose. It bears remembering that Rockdale Temple is named so because the congregation (K.K. Bene Israel) was once located on Rockdale at Harvey Avenue. That building was fire-bombed in 1970.”

“Our synagogue is attended by a population ranging from infants, toddlers and children to teens, adults and seniors. We cannot risk having them exposed to explosions, environmental dangers, and the particular and significant risk that a Jewish institution abutting a gas pipeline would present. In today’s day and age, terror elements could  very possibly relish the opportunity for havoc and destruction that this would provide.”

“Based on the information we have gathered, installing the pipeline along this route would result in placing our students and faculty at constant unnecessary risk.

“Finally, since our School is among many other educational institutions and homes along the suggested routes, we urge that none of the current proposals be chosen. Please find a safer alternative in more sparsely populated areas to protect lives, homes and schools.”

Do you represent a business, school district, or community organization? Would you like to learn more about the pipeline or have your opposition highlighted? Please get in touch through our contact form or by email at [email protected].

About the Central Corridor Pipeline: 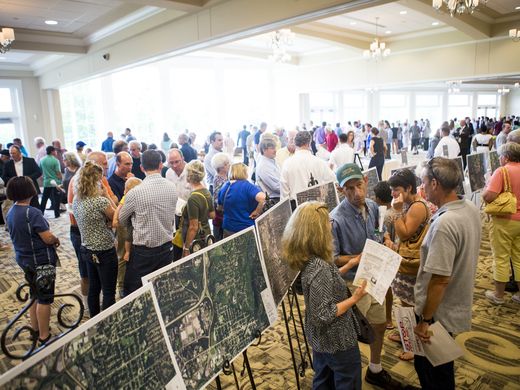 Don’t I already have gas pipelines connected to  my home and under my streets? 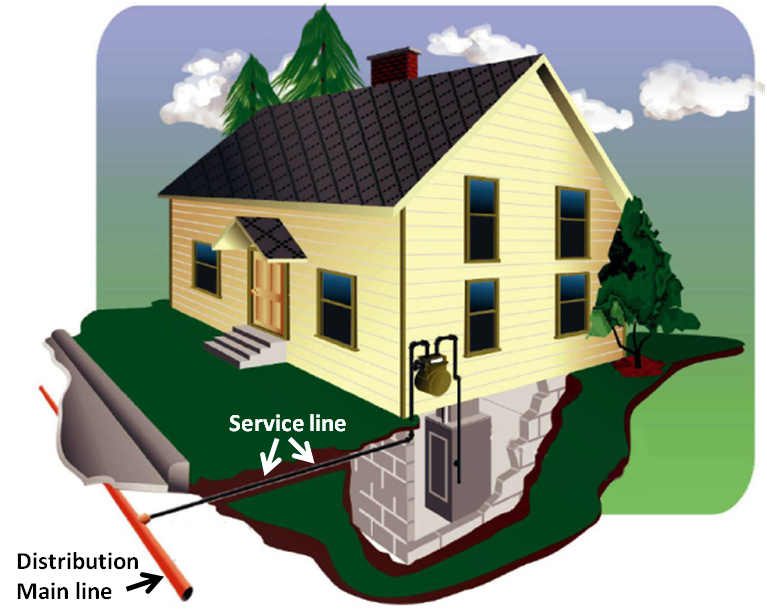 Yes, but they are much smaller and operate at very low pressure.  For perspective, service lines that are connected to your home tend to be 1/2 – 1 1/2 inches with only a few pounds of pressure.

Will this pipeline deliver gas to homes and businesses?

No. The Central Corridor Pipeline moves gas from station to station.  It is intended to transport large volumes of gas, at high pressures along a 13 mile long, north-to-south corridor that ultimately links Duke’s Ohio and Kentucky systems.

Why should I be concerned?

Everyone who lives or works in Southwest Ohio could be affected in some way by this project.  Thousands of residents, elected officials and leaders from businesses, non profits and faith based organizations oppose this project for a variety of reasons, including safety concerns, financial and environmental impact, infringement on the rights of property owners, etc.

Compressed natural gas is easily ignitable and highly explosive.  That is why high pressure pipelines, such as this one, are not usually built new through high consequence areas (HCA’s) where a pipeline rupture could lead to catastrophic consequences including serious injuries and deaths.  See NOPE’s Mapping Tool to learn more.

Duke will have safety precautions in place.  However, incidents involving pipelines happen regularly.  Third party damage is of particular concern in urban areas like ours.  Preventative measures, like Call Before You Dig, are not sufficient to protect us from backhoes and construction equipment.

The gas lines that serve individual homes are typically just a few inches in diameter and do not operate at high pressures. A transmission line moves large quantities of natural gas across long distances at high pressures.

Why should we be concerned?

Building this pipeline is a major undertaking, requiring at least a 30-foot clearing on either side of the pipeline to bury it underground.  Trees, natural habitats, roads and even people’s property may be unnecessarily destroyed in order to lay this pipeline.

The potential for safety hazards is much higher for high pressure pipelines, particularly in densely populated areas. The San Bruno pipeline explosion in 2010, and the 2016 explosion near Pittsburgh, are examples of how high-pressure transmission lines can lead to serious injury and death. It is shocking that Duke now wants to run one of these pipelines through residential areas, next to schools and daycare centers, through parks and green spaces and in some cases, right outside the front door of people’s homes. No pipeline of this size and pressure currently exists in the area where Duke intends to build.

Where exactly will the pipeline be located?

Duke has proposed two routes, both of which run through Blue Ash. Other affected areas include Evendale, Madeira, Kenwood, Sycamore Township, Amberley, and Reading. To learn more about the proposed routes, click here.

Why has Duke proposed this project?

Duke claims that it is trying to serve the area, and that this project will allow the company to retire propane-powered “peak shaving” facilities that provide extra energy during peak demand.  Based upon NOPE’s analysis, the “peak shaving” facilities can be repaired or replaced for far less money than the cost of this $100 million pipeline.  Additionally,  the proposed project would supply far more gas than is necessary to meet current and forecasted demand.

Therefore, this pipeline is unnecessary, irresponsible and not in the best interest of our communities.

NOPE’s objective is to ensure that if new natural gas infrastructure is necessary for our area, that it be handled safely and responsibly.

Who ultimately approves this project?

The final decision rests with the Ohio Power Siting Board, which is part of the state’s Public Utilities Commission. The board staff will review Duke’s application, and make recommendations to the Board members, which will also conduct a public hearing.

What can I do about it?

Here is a link to the recording of the Ohio Supreme Court hearing regarding the Central Corridor Pipeline. It ended up being held earlier than anticipated! www.ohiochannel.org/video/supreme-court-of-ohio-case-no-2020-0511-in-re-application-of-duke-energ... ... See MoreSee Less

Reminder - NOPE's appeal with the Ohio Supreme Court is on Wednesday, March 31st some time after 10AM. Click on NOPE Newsletter for details on how you can watch the hearing live or at your convenience.